What Does Beloved Community Ask of Us? Rest, Relax, Recharge. 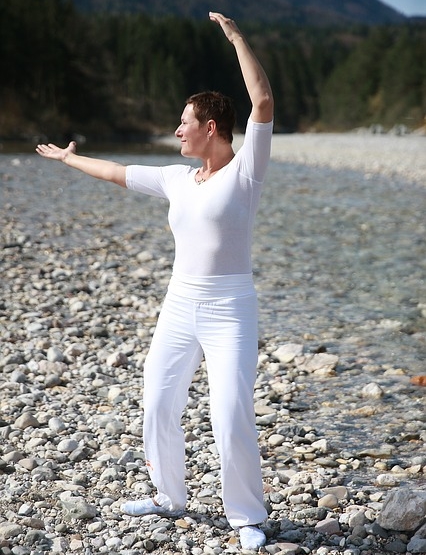 As we turn to February 2021, still in the shadow of the transition of power in Washington, people self-report as exhausted or sleeping more than usual.

When we hear pundit after pundit (and email after email) calling us to the unfinished business of racial justice, economic justice, climate justice, food justice, it feels strange to say, “There. That’s done. Now we can relax.”

Shouldn’t I sign up for that UU justice seminar tonight?

I took a Qigong class where the most important learning was that there are three parts to the practice (and to life):

– Pausing, taking a breath to let it energize every cell of the body; letting the body/heart/mind learn from what just happened

I learned a lot of cool Qigong moves (some of which I could do), but that third part – pausing and taking it in – was the most difficult. I resisted. I wanted to rush on to the next move. Slowly, I saw that my whole life was like that: “Cool insight! Now off to the next meeting, book, conversation, email, FaceBook post.” Can we give ourselves a break, not to run away, but to take it in, and let it go deep, let it strengthen and renew us?

Yes, the presidential transition is (mostly) behind us.

We have elected officials intent on holding responsible those who broke the laws protecting our common good.

We can and must relax or we burnout (in which no one learns, everything gets worse). We can’t live in fight-or-flight. That’s called an amygdala hijack, when we lose access to creative thinking and the ability to work together, except to circle the wagons against attack (and in fight-or-flight mind, everything and everyone looks and sounds threatening).

Recharging brings us home to the boundlessness and buoyancy of awareness, this very moment; the embodied reality of our interdependence with life and life’s emerging possibilities.

Recharging enables us to know whether it’s Life calling us to participate in that webinar or our cranked-up limbic system that desperately needs a reset.

We’re going to be unpacking the trauma and lessons of the last four years for a long time. We need to do so with the clarity and shared creativity that resting, relaxing and recharging makes possible.

May we create moments, programs and relationships in our congregation to support one another in resting, relaxing, recharging for the work of justice, equity, and compassion. May we show up fully charged, together!

Mary’s Musings: Of Thee I Sing

Mary’s Musings: Letting in the Light

Mary’s Musings: What Are You Committed To?